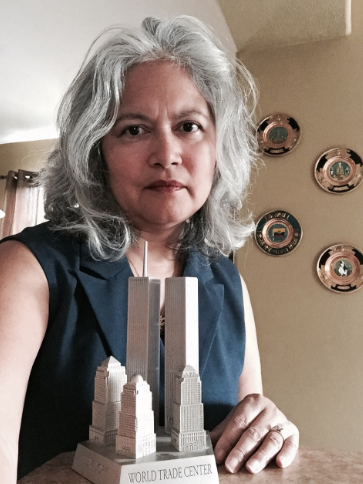 Do you remember where were you on September 11th, 2001 quarter to 9am?

Many Americans shiver at the question, remembering that day quite clearly, a moment in history experienced by generations X, Y and Z first-hand. Two hijacked planes crashed into the top tiers of the twin towers. Many Americans were inside, while the rest of the world helplessly watched the crash via television, looped over and over again in offices, schools, and homes all over the United States showing vivid replays at varying angles of the targeted attack.

6:30am, Patricia Yepez, Financial Analyst at Tower A woke very early that morning, dressing in a suit, shoes and purse, ready to take her daughter to school before boarding the e-train directly to her tower.

8:14am, seat occupants 2A and 2B stabbed two flight attendants and the cockpit controls of Flight 11 were compromised.

Slightly before 8:30am, Yepez made a quick stop at Cornucopia, a Manhattan breakfast place to pick up a bagel and cup of coffee.

She recalls feeling a sense of pride at all she had accomplished in the past nine years on that day.

She had just been promoted from staff accountant on the 88th floor down to the 82nd floor as financial analyst on July 31st of that same year: a promotion to the Office Space Division that was quite possibly her saving grace.

The time was shortly past 8:40am as she boarded the series of elevators she took every morning in route to her floor. The elevator ding cued her to part the sea of suits in front of her in the packed elevator as she stepped onto the 82nd floor.

8:46am, Flight 11 rammed into Tower A between floors 93 and 99, just seconds after Yepez exited the elevator.

“I had just taken a few steps, and not even made it to my desk yet when the first explosion happened,” said Yepez. “I didn’t burn because I had time to exit. All the other people who were on that elevator were burned. I had walked a few steps from the elevator and I was so close that I thought the flames would reach me.”

8:48am, WNYW reported the first national broadcasting of the terrorist attack.

Yepez, trapped inside, had no way of knowing what hit the building, or how long the vibrations would last.

“I thought it was an earthquake because the building was moving,” she said.

Debris fell from the ceiling and Yepez had to grasp at the wall to steady herself while members of the office rushed to her aid to ask what happened.

Her boss, Myron Finegold, General Manager for the Office Space Services Division, was among those close to her and concerned. Yepez told him the elevator had been destroyed.

He also assigned a colleague named Michelle to hold tight to Yepez’s hand as they followed one of the fire drill leaders.

“He [fire drill leader] knew a lot of how the building was set up and all the secrets,” said Yepez. “He remembered about this hidden passage but they had to – we took some time because they couldn’t find the key to this closet sort of thing. When they found the key, then we started walking that way to the other corner where there was no smoke.”

They shuffled slowly, asthmatic victims, the elderly and handicapped went first, followed by everyone else in a methodic fashion. Yepez bent to pick up a piece of fallen debris to put into her purse.

They took the staircase to the 77th floor, where they found access to the hidden passageway.

Yepez remembers the smell and feel of the passageway: tight and dark with a dusty polluted feel to the air—dead air. No one spoke.

Upon reaching the 9th floor, water damage was very noticeable.

“I think it was those sprinklers for the fire that they turned on. But it was beginning on that floor and down. We got wet because of that. We kept walking, walking.”

They finally reached the lobby, which was in complete disarray.

“All I remember is I saw everything was destroyed, the glass door was broken. Everything dirty and I was thinking what happened? What did they do to my towers?”

The leader of the group opted to exit through an underground mall due to the obstruction in the lobby, blocking the way.

Yepez and the survivors of floor 82 flew back upon impact.

“I remember telling myself, ‘this is it,’” said Yepez.

Yepez and Michelle flung back simultaneously, still joining hands. Michelle sustained black and blue bruises down her back and cuts and scratches along her legs. Yepez appeared unharmed.

Her sister later told her that she believed an angel was covering Yepez with her wings.

“In the hidden passageway, we saw a tiny light that was guiding us,” said Yepez. And I still remember hearing a voice that said ‘Don’t look back. It’s not over yet. Keep going.’ Michelle doesn’t remember hearing that voice. It still replays in my head.”

After gaining their bearings, the group trudged outside, past an old cemetery, while onlookers stared, touched and offered phones. The group was pulled in by a helpful woman and after cleaning up, doing a precautionary check at the hospital, and finally getting to call her family, Yepez made it home after 7pm that night.

Her daughter still distinctly remembers the smell she brought home with her that day.

“She once described it like it was debris, dust, but it was like a weird smell, like strong,” said Yepez. “She never forgets the smell I had.”

The dirt and grime were so thick on her body that the tub clogged as she took a shower that night.

“I had so many messages waiting for me. The whole answering machine tape ran out of room, holding messages for me from all across the world: family in different states, South America, in Europe, all my high school friends in Ecuador called me.”

For the next few weeks, Yepez kept her routine the same, going into work as if nothing happened, her brain refusing to acknowledge what had happened. Exactly one month after the attack on October 11th, Yepez had a panic attack that woke her up to the reality of what she had been through.

And it changed everything.

“My psychiatrists told me I was in denial,” she said. “I became very afraid of being enclosed. I wouldn’t go to movies for the longest time because it was dark and small inside and for my MRIs, I request that they be open every time.”

She began taking strong medication to help with anxiety and PTSD: medicine that she later challenged herself to quit cold turkey.

“I wanted to get out of my head, to do it on my own,” she said. “I wanted to be okay without the pills.”

Yepez avoided airports for many years, and to this day prefers to drive if she can.

“My dad died in 2003 and the funeral was in Ecuador. I missed his funeral because I would not board a plane.”

In the aftermath, Yepez struggled greatly with feeling safe at work, wondering why it happened. She battled with anger for a long time.

She recalls the professions of those on her old floor that suffered serious burns and many fatalities. One woman in particular was in the bathroom on the 88th floor during the first point of impact. Her skin seered by the flames is still covered in scars. The pathways in her brain were so badly damaged, her recollection of September 11th is fogged by intermittent hallucinations.

Yepez remembers many nights of sleep interrupted by nightmares, flashing back to the event, to the closeness of the danger and to her escape.

Working so close to where the event occurred, she began to feel like she was living in her nightmare, surrounded by the all-too familiar scene, the sounds, the smells. She felt unsafe.

And she knew she had to make a change.

Yepez moved to Lakeland, Florida 12 years ago, on March 29, 2003. She was seeking a fresh start, and Lakeland reminded her of her hometown in Ecuador. She began to build her life again.

May 2011, Osama bin Ladin was executed by a team of Navy Seals.

“But then, you think it’s not just him,” she pointed out. “There’s still others trying to carry on what he started. Like this ISIS, they’re crazy.”

Fast approaching the 14th anniversary of 9/11, she is moving on.

She is happy even.

Her current position is Finance Manager at Curious Jane.

“I found what I was seeking for here. I love the environment.”

But she still tries to remind herself that it wasn’t a dream. It was real.

She still has her suit, shoes and purse, material reminders that have never been worn since. She took them to the dry cleaners and now they sit in a plastic bag in her closet.

She has a few sad days still usually around the anniversary mark of the event: mourning her friends and colleagues and mentally processing the reality that it could have been her.

She picked one word to describe her new life philosophy: 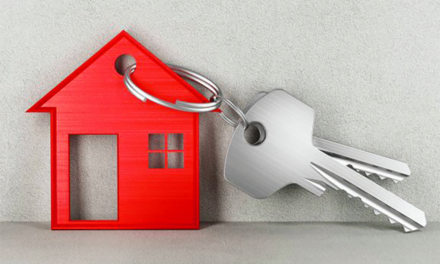 real estate in 2021: what to expect and what to do 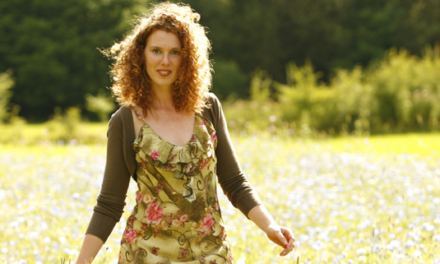 Selective Memory: A Gift, not a Curse 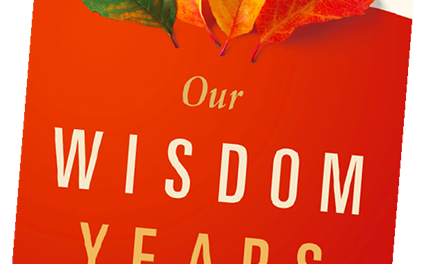 in conversation with Charles Garfield, author of “Our wisdom years” 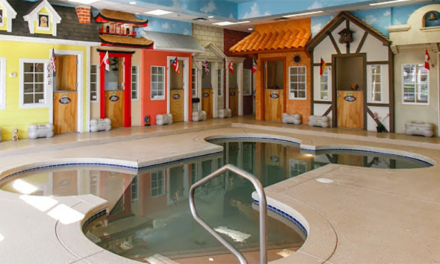 Pet Boarding: While You’re Away, The Pets Play! 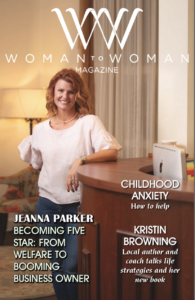